Rideshare Short Thriller/Horror
Tagline:
Somehow, “ Crazy B!^$# ” just doesn’t quite say it.
LOGLINE:
A horribly disturbed young woman finds a rideshare to Vegas with a guy hoping to get lucky. What seems to be the ride of his life, could turn out to be the night of his gruesome death.
Screenplay Finalist - Shriekfest Film Festival - Los Angeles, CA
Screenplay Semi-Finalist - SoCal Independent Film Festival - Huntington Beach, CA

The Luckiest Man Feature length Rom-Com
Tagline:
There is only one disadvantage to automatic toilets.
LOGLINE:
The Luckiest Man is a romantic comedy about a sincere New York Sewer Engineer (an Adam Sandler type) who falls in love with a wealthy real estate heiress (a Cameron Diaz type) after she accidentally flushes her $2 Million Cartier engagement ring down an airport toilet.
Slated for 2014 Production by Hierarchy Pictures
The Luckiest Man on IMDB

Remembrance Feature Length Urban Drama
Tagline:
Sometimes forgetting is the best way to stay sane.
LOGLINE:
Strange visits from a man that may be his dead father and the emotional deterioration of his mother forces a self-conscious aspiring music producer to confront the memory of a gruesome past and eventually overcome his fears of complete failure.

Godseed Feature Length Creature-Horror
Tagline:
It sucks when biblical creatures turn out to be real. It sucks more when you find out you’re their food.
LOGLINE:
Ancient biblical creatures plan to repopulate and rule the earth with the help of their newly immortal flesh-eating human followers. But trust me, they’re not zombies...

Collections Feature Length Comedy
Tagline:
Best time to call, dinnertime.
LOGLINE:
A cocky, overzealous bill collector turns on his employer when he finds out they are stealing billions from unsuspecting account holders.

Criticize Me Feature Length Comedy
Tagline:
There are some people who finally get their life together in the thirties...then there’s Levi Curtis.
LOGLINE:
Despite being what most people might call a loser, a 36 year-old video store employee who has wanted nothing more from life than to become a professional movie critic finally catches a break...or so he thinks.

Blood & Blue Feature Length Thriller
Tagline:
There are some family bonds you’ll almost die to break.
LOGLINE:
Boys of Summer is a gritty dramatic feature about two half brothers who are forced into action when their monotonous blue-collar lives are interrupted by the questionable death of their estranged father.

Prison 101 Buddy Comedy Treatment
Tagline:
This class will save your @#%. Pun intended.
LOGLINE:
Prison 101 is a lighthearted yet relevant comedy about two men from opposite sides of the tracks who meet when one is framed for securities fraud and the other is hired to give him a crash course in how to survive the Federal Penitentiary.

Slow Jamz Comedy Treatment
Tagline:
They just don’t make love songs the way they used to.
LOGLINE:
Slow Jamz is a dramatic comedy about a group of friends who get their hands on a magical 90s R&B mix tape that makes them irresistable to women that hear it.

King's Cloth 1 Hour Drama Pilot + 2 Episode Treatment
LOGLINE:
Two wealthy African American families in Savannah, GA stoke the fires of a long standing feud when the Matriarch of one reveals that she is seeing and plans to marry the Patriarch of the other.

Jettsetters: The World is Yours Reality Pilot Concept/Treatment
Logline (short pitch):
“The Amazing Race” meets “The Real World” with a touch of “The Surreal Life” and “Survivor.” Four teams of three working class individuals PLUS one celebrity travel to twelve lavish destinations throughout the world with a budget of $100,000. The teams do their best to spend as little money as possible in the wake of the global money crisis. 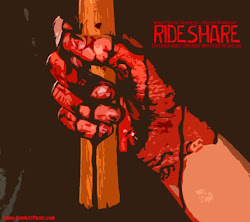 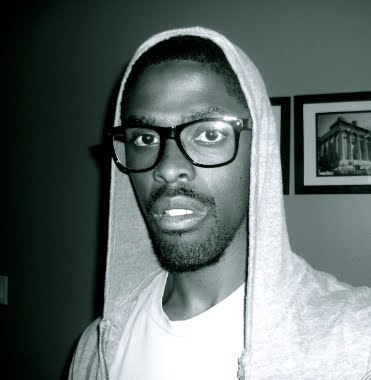